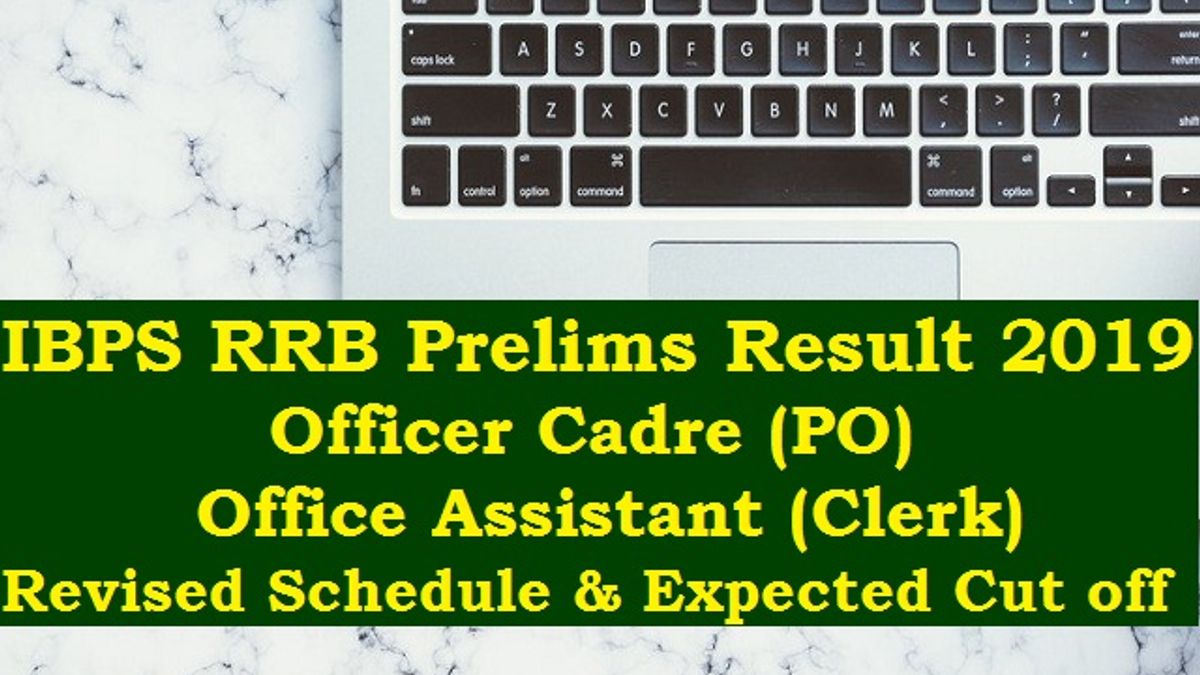 Lakhs of candidates appeared for the IBPS RRB Prelims 2019 in the month of August 2019. As per the candidates’ feedback, the difficulty level of the IBPS RRB PO Prelims exam was ‘Moderate’ and IBPS RRB Clerk Prelims exam was ‘Easy to Moderate’. Candidates were able to make around 60-70 good attempts out of a total of 80 questions from Reasoning & Numerical Ability sections in both the examinations. Here we have provided the IBPS RRB Prelims Expected Cut off 2019 after considering the total number of candidates appeared for the exam, total vacancies and difficulty level of the exam. Have a look:

Candidates, who are sure about their performance in the RRB Prelims exams and think that they might secure the qualifying cut off marks, should now start preparations for the IBPS RRB Mains Exam 2019.

The IBPS RRB Result 2019 was delayed earlier. IBPS released a short notification on its official website ibps.in informing candidates about the revised schedule of IBPS RRB PO/Clerk Prelims Result 2019. Institute of Banking Personnel Selection will share the revised schedule of the IBPS RRB PO/Clerk Prelims Result on its official website ibps.in soon. The IBPS Notice reads, “Revised schedule/subsequent updates will be available on authorised IBPS website www.ibps.in. The candidate must visit authorised IBPS website regularly to know about the same.”